College Basketball is more than a game. It’s a sporting environment unlike any other. Hero’s are made and Legends are born. The fans are incredible and the alumni never let you down. No other sport brings you closer to the court for those in attendance or watching on TV.

Men of March is an all-access documentary show blending behind-the-scenes with in-depth at home interviews providing a unique look at the philosophy, life and style of the best coaches in college basketball. 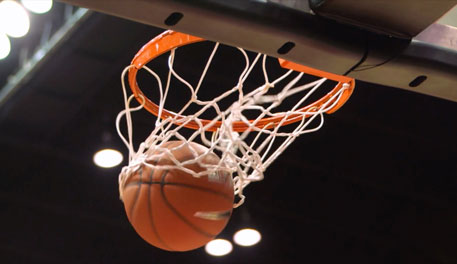 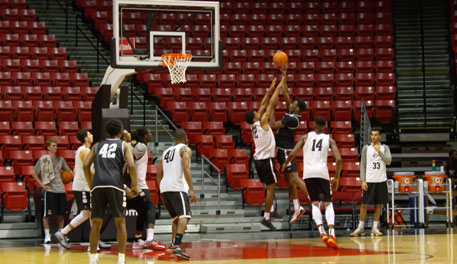 CBS Sports sought out TAR Productions for the production of nearly half the 2016 season shows, including San Diego State University’s Steve Fisher and University of California at Los Angeles’s Steve Alford, for our extensive and prolific storytelling experience.

In these shows, story is paramount, and CBS, having a vast reach and large audience, requires a story that takes the audience to a unique place, and showcase the coaches in a light rarely seen of the basketball court.

Our background in story and documentary provided a great foundation for our subjects, who have both been in the limelight and media for several decades.

Having coached the Fab 5 at Michigan, Steve Fisher is a renowned college basketball superstar coach. While he left in a less-than-ideal scenario from Michigan, he landed on his feet at San Diego State University in 1999 and hasn’t looked back since. He successfully turned the program around and turned it into one of the nation’s best year after year.

After a successful stint in the NBA and playing under Coach Knight, Steve Alford has worked his way up the college coaching ranks and now leads the prestigious UCLA Bruins basketball team. In his 3rd season, Alford has his sights set on a Final Four appearance. UCLA, having more national titles than any other university, has the highest standards and expectations for their coaching staff. Alford has continued to exceed these expectations at UCLA. 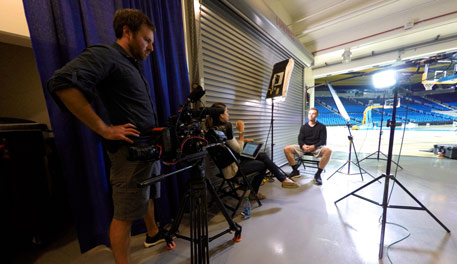 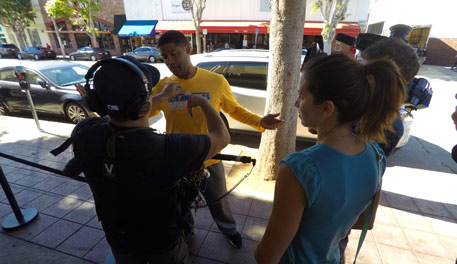 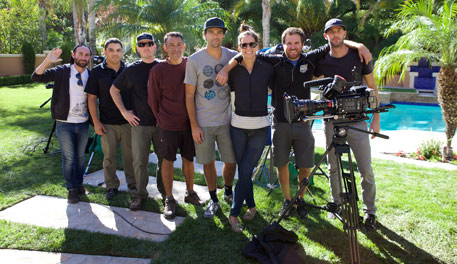 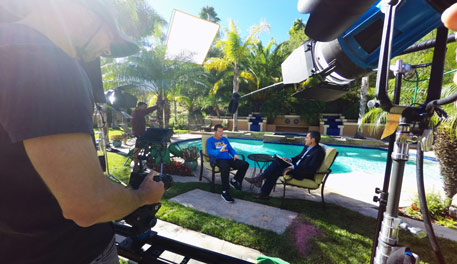 We had limited time for pre-production, meaning that we would have to act quick with our story development and light on our feet during the shoot days to cover the necessary parts of the story- many of which remained to be seen until we started production.

The production of each show was shot in 3 days. During this time we had to follow the coach through a typical day of practice, interview many staff member or assistant coaches and spend time with his family outside of the basketball court.

Luckily for us, Alford and Fisher were incredibly hospitable and gave us plenty of story angles to work with. Following our process, we shot a couple of on-the-fly interviews with the coach and covered necessary B-Roll to accompany the talking points. We also had a master interview where the coach would go deep into different parts of his career and successes.

Seth Davis conducted both interviews with Alford and Fisher and, being the master interviewer that he is, was able to connect with each coach on a personal level, bringing out story points.

The 30-minute show aired on CBS, CBS Sports, and CBS Sports Network before key match ups to national audiences. The episode with SDSU’s Steve Fisher has been submitted for an Emmy. TAR Productions provided story development, production, logistics, and crew.