By now you know we’re big fans of aerial filmmaking here at TAR Productions. We have extensive experience shooting aerials from drones and helicopters and have constantly pushed for safe and practical flying.

We also make it explicitly clear that operating and flying drones require great skill, caution, and care. It’s one of the reasons I take a selfie before every drone shoot we do– in case we crash or lose the craft, someone can pop in the card and see who is responsible for flying it.

The popularity of small drones, GoPro’s, and low costs have made the drone industry explode over the last couple of years. With more and more “pilots” entering the industry, there are, inevitably, more and more crashes, flyaways and danger in the air.

Some pilots are literally throwing caution to the wind when they’re flying without knowing what they are doing or how to fly.

Working on your own videos? Download our free budget templates now.

My first drone I practiced at an empty park over grass for 10 hours of flying time before putting the gimbal and camera on. This is standard practice, but not everyone follows these guidelines, but they should.

Flying without a camera on means you are 100% focused on the craft, not the imagery you are capturing. I cannot overstate this enough. If you have a First Person View (FPV) with telemetry you are focused on what the camera sees, not where your drone is in the air.

For this reason, I’m a big fan of dual operator mode: one person piloting the craft and the other controlling the camera. Dual pilots are safer and provide better results.

Once the camera goes on FPV and OnScreen Display info are imperative. You always should know where your drone is in relation to where you took off. How high and how far you’ve traveled are info you always should be aware of. Also, info such as battery voltage is hugely important for preventing crashes and flyaways.

I touched on something a few paragraphs ago that was probably an oversight. I mentioned guidelines that you should follow. The huge problem in the drone world right now is that no one has an authoritative voice on what to do, what not to do and how or how not to do it.

The FAA is a Federal Government agency that is likely not funded very well and desperately in need of more resources. They are being pressured by other agencies and media outlets to get rules out, but the reality is that the drone industry is so new and moving so quickly they simply cannot keep up

For unknown reasons, we’ve had flyaways or temporarily lost control. Sometimes this was in an open area with no one around and we were not causing harm to anyone. Other times we were above water or on a mountainside where the chances of getting our drone back would have been slim to none.

Even if you follow all precautions and launch your drone the “right” way you can still have things go wrong. Just like cars, trains, airplanes and boats, things don’t always go as planned.

What is the protocol for these situations? Is there a punishment or fine that should be levied on drone pilots?

I honestly don’t know the right answer to that. I’m torn in ways, too.

For one, I feel very strongly that everyone should practice safe flying and take the time to learn how to fly. I also feel that anyone who is responsible should be able to do this, just like driving a car.

I personally have had a lot of fun flying our drone and have captured some incredible shots from it. Our Instagram feed is chock full of great aerial shots.

But I don’t want to see our skies and neighborhood full of drones from people fooling around and not being safe. A drone flew over the White House this year, I definitely don’t want that to happen at my house, that’s for sure.

The reality is that drone crashes will happen, even to professionals.

The Ethics of Drones and Filmmaking

Drones are so awesome for the filmmaking community because the increase production value and let creativity fly, literally. Never before have we been able to achieve shots that drones provide.

Hobbyists have long been able to fly remote control aircraft within a certain set of parameters. Drones are essentially the same thing but with a modern name (one that has certain negative connotations when compared to military drones and drone strikes).

So the question is asked, what is the difference between hobbyist and professionals, or even simply working for commerce, drone operators? The fact that money is being exchanged, should that change the way drones are regulated?

Do drone operators need a license to fly drones for real estate or branded entertainment purposes just because they are receiving money for their services?

This is another answer I don’t have, but I do have some thoughts on it.

I do think there should be regulation on drones, hobbyists, and professionals, but I don’t think that these two should be distinguishable or receive separate treatment.

If you’re flying and breaking a law, or flying recklessly, then some kind of regulation and/or punishment is in order.

How we distinguish this is somewhat in an area of grey. As I said earlier, I’ve crashed before. I’ve never flown recklessly or with an intention to hurt, and I think most people are the same way. It going to be very hard for the FAA to determine what is reckless and what is not.

I think a flight recorder that records telemetry, speed, actuary data are needed that can be reviewed by any authority when proper cause is suspected. This is similar to how a police officer can search someone and arrest them on the spot if they are doing something illegal, such as drunk driving.

Yes, further and more thorough investigation are in order but skies that are the Wild Wild West will ultimately hurt everyone.

By no means am I suggesting that any agency has outright authority or control without their own guidelines either. It’s still early in the drone industry and the decision we, as a community, make now are going to affect how we shape the potential. 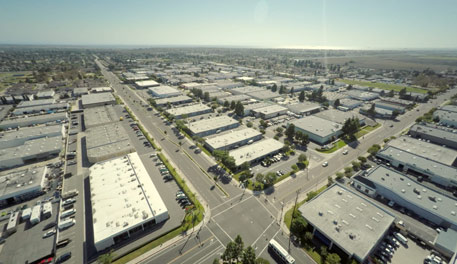 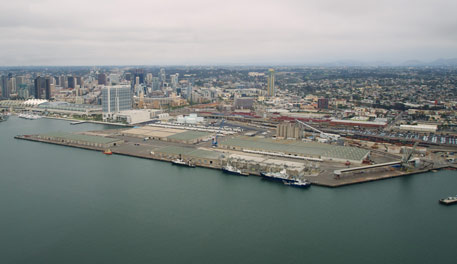 The technology for autonomous flying is advancing a rapid pace. This will definitely help make our skies safer. Drone manufacturers are the same as car manufacturers and they should be held responsible or require to include certain safety features.

Car manufacturers face stiff laws and competition in safety features, it’s one of their largest R&D spends each year. The benefit from this is not just them selling more vehicles, it’s everyone- from drivers to passengers, pedestrians, cyclist and more.

I think drones should be the same way. The sense and avoid technology is in its infancy but maturing at a rate you’d expect in modern technology. It’s not perfect, and might not ever be, but it will make for safer skies.

But technology like sense and avoid isn’t the only thing. Batteries are still the largest limiting factor to drones, something I mentioned in our 2015 drone roundup article. Thanks to the emergence of electric vehicles and proliferation of laptops and mobile phones running on batteries the technology is advancing, but not fast enough. Batteries are terrible for the environment. So, we need batteries that last longer, charge faster and can have more cycles than currently available.

There are rumors about pending drone registration. Lawmakers are calling to fast track drone regulations and laws. I’m certainly a fan for regulation, but I don’t think that regulations alone will solve the problem.

If government subcommittees are responsible for creating regulations, will they be the one to oversee them? And update them? Will they be the one who works with drone manufacturers on creating safer drones, working with them on new technology, supporting their efforts for safer skies?

It seems to me that we need a body who is passionate about drones and wants to see their fullest potential.

Update: It appears the drone registration proposal has been published, at least for initial commenting. The interesting part of this proposal is that it’s been published by the Department of Transportation, not the FAA.

The DOT is still a federal agency, which probably means they are strapped for funding and people. They report still uses vague terminology and hopes to have more details on November 20, 2015.

What are your thoughts on drones, ethics, technology and government involvement?

We’re all working from home now, and will be for a while. Some of us will return to offices, some will work from home part of the week, and some won’t ever return to an office full-time again. One things for sure, you’re bound to be on more video calls, and here’s how to look, […]

Google spent millions on a commercial just for me.

I couldn’t believe it, really. I was sitting on my couch, watching old-fashioned, over the air TV (something I rarely do) when I saw it. I looked up, and there it was. It was nearly perfect, in my humble opinion, anyways. Afterall, the commercial was made specifically for me, so it makes sense I thought […]

This is Part 4 in a 4 part series on Story Discovery. In Part 1 we talked about our Problem-Solving approach to story. In part 2 we discussed pre production research and identifying an audience. Part 3 covers themes, guiding principle and keywords. You should read those posts before this one.   As we’ve discussed […]